Home > Galleries > 2016 08 19 Funeral for father and daughter killed by speedboat, Greece > The funeral for Theodosis Katifes and his five year old daughter Sevasti, two of the victims of a crash involving a speed boat and a ltourist boat has taken place at the Schisto area of Piraeus
Image 12 of 14 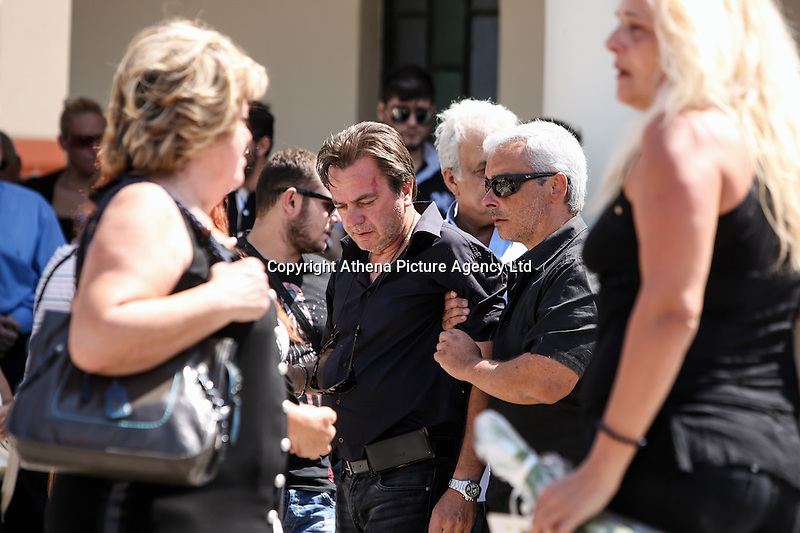