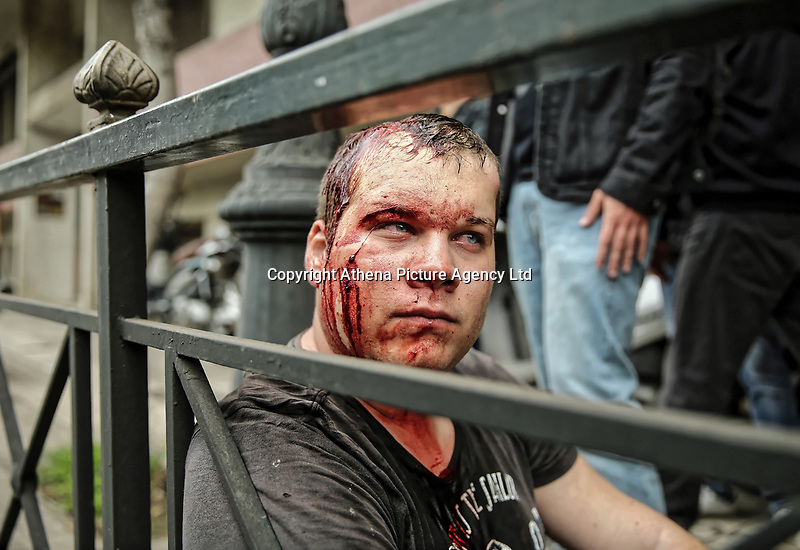 Download Add to Lightbox
Pictured: A protester with a bloodied head rests on the pavement by the statue of Harry S. Truman in Vassileos Georgiou Street in central Athens, Greece. Monday 16 April 2018
Re: Clashes broke out between protesters and the police when members of the Greek Communist Party (KKE) attempted to vandalise the statue of former US President Harry S. Truman, during a protest against the bombing of Syria by the US and its allies.
athn_160418_anti_usa_protest_4707.jpg
Copyright Athena Picture Agency Ltd
Keywords: