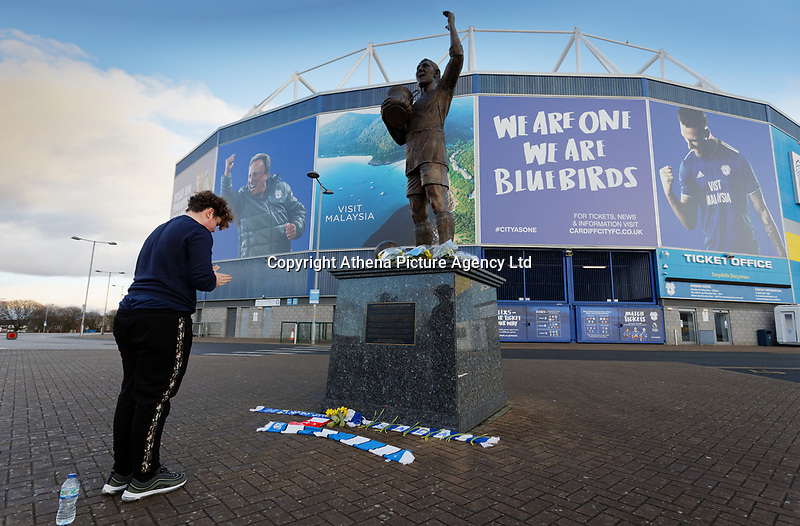 Download Add to Lightbox
Pictured: A young fan leaves his scarf by the statue of Frederick Charles Keenor outside the Cardiff City Stadium in south Wales, UK. Tuesday 22 January 2019
Re: Premier League footballer Emiliano Sala was on a flight which disappeared between France and Cardiff.
The Argentine striker was one of two people on board the Piper Malibu, which disappeared off Alderney on Monday night.
Cardiff City FC, signed the 28-year-old from French club Nantes.
A search is under way.
athn_220119_emiliano_sala_5309.jpg
Copyright Athena Picture Agency Ltd
Keywords: