A photo, signed by Adolf Hitler which was given by the Nazi leader himself to former Prime Minister David Lloyd George is to be sold at auction in Gloucestershire, England, UK
Image 1 of 1 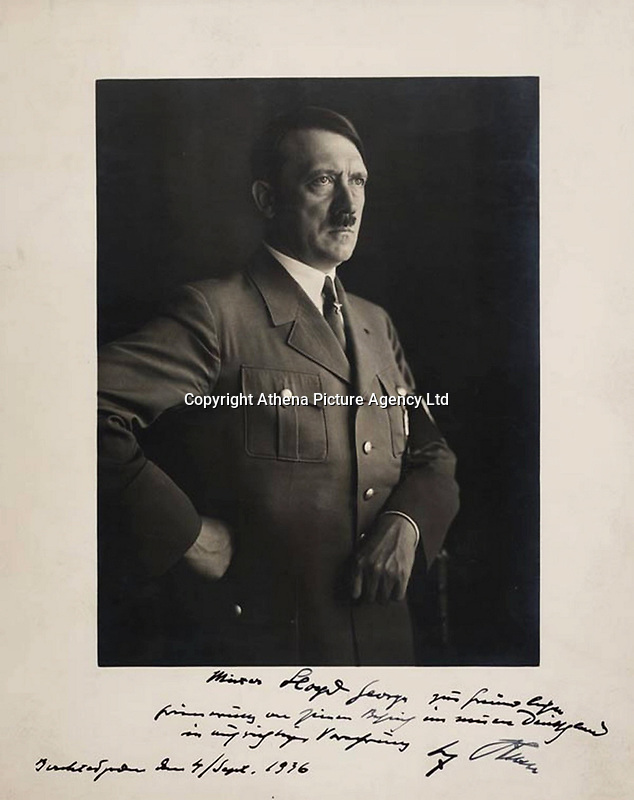