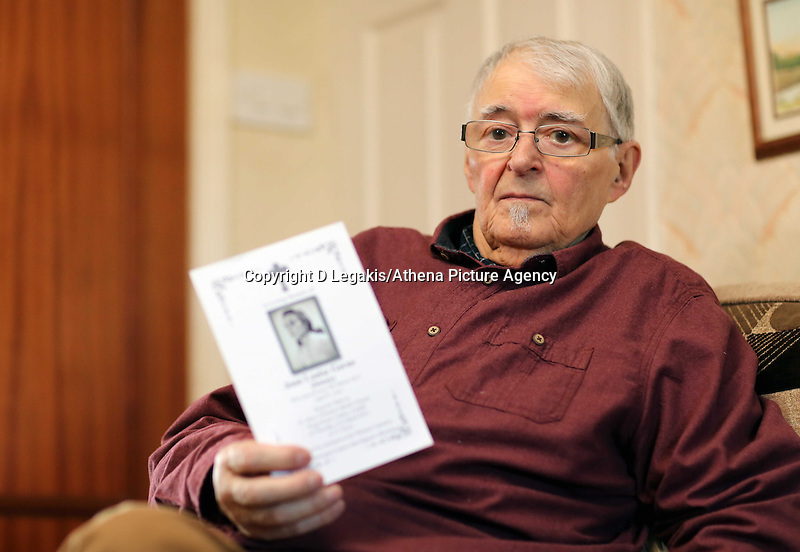 Download Add to Lightbox
Pictured: Franco Gorno holding the order of service from the funeral of his late wife Joan at his house in Cardiff, south Wales. Tuesday 25 March 2014
Re: Every month heartbroken widower Franco Gorno travels to a bus shelter in Neath outside Victoria Gardens in south Wales, to place flowers at the spot where he first met Joan 64 years ago.
His story came to light after a local resident, Simon Watkins found the bouquet of flowers and an emotional note left at the bus shelter.
athn_heartbreak_flowers_dl1_6021.JPG
Copyright D Legakis/Athena Picture Agency
Keywords: